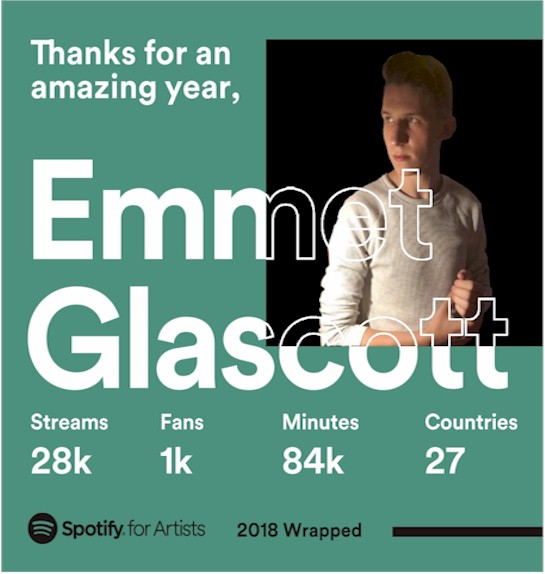 Wow! The Spotify annual statistics for Emmet Glascott are now published for the year 2018 and Emmet (who has only been making music since mid-July 2018; just six months) is

delighted with the results for the past five months as December results are not included. He has announced on his social media accounts that “it is still amazing to see people adding my two current songs to their playlists and thanked fans for the many streams”.

The support in 2018 for Emmet and his music, has been overwhelming, not just on Spotify but other platforms too, such as Apple Music, YouTube, Deezer and iTunes. It’s been hard to imagine behind these numbers of listeners that there are real people who have listened to something Emmet has built from the ground up. From a blank canvas, to a bundle of words, to a completely produced story in the form of music. It’s been a crazy journey and it has only just started.

Starting from the first release of the debut single ‘Take Me to Paradise’ in the summer, to the October release of his second song ‘Down For You’. The loyal listenership has been constant. The support on social media for Emmet has also been very exciting, in addition, this website, which was created in October 2018 enjoys many hits every day from all around the globe.

Emmet wants to thank his music collaborators and most importantly the listeners who have been benevolent in support of the music and those who also streamed/purchased/watched/listened on any given platform. Emmet also insists there is much more to come for 2019 and expects this project to be even bigger and better in 2019, therefore, he would love to take you on the journey as it wouldn’t be possible without you, the listener.

Emmet has announced the planned release of an E.P (Extended Play) also known as a mini album, which is a small collection of songs Emmet has been working on which will be in addition to other singles to look forward to throughout the forthcoming year. Although the exact release dates remain indefinite, Emmet will be meticulous in the preparation of the new tracks that are focusing on experimentation with different genres while also keeping the similar sounds you may already be accustomed to hearing.

The year 2019 will be an exciting year and we are more than happy to have you along.

Again, we thank you! 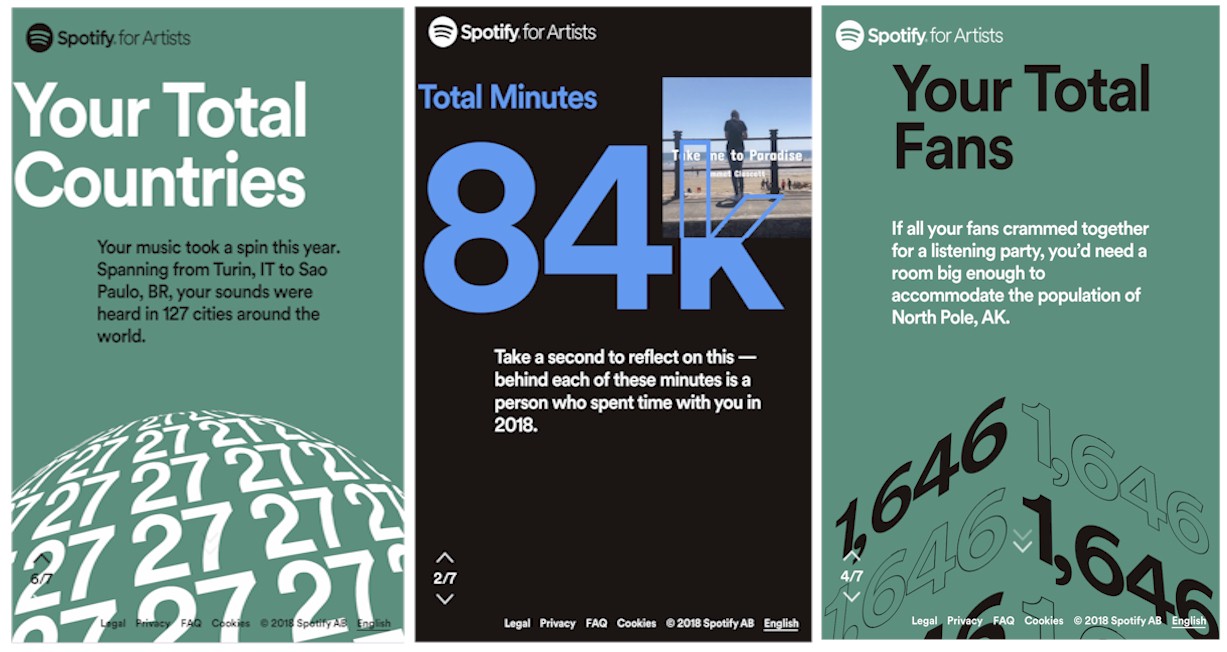